My fellow TimesforTheTimes contributor and expert solver, Phil Jordan, has persuaded me that we can continue to produce crosswords to fill the gap left by the Saturday Times not having one on a regular basis. Thanks Phil! The plan is for us to alternate, publishing one a fortnight, so this week it's my turn.

You can find links to the crossword here and the answers below. Feel free to leave any comments or questions as you would do on TfTT. 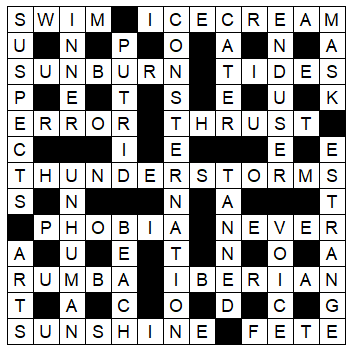